The Most Difficult Part of the Kumano Kodo Nakahechi route

After climbing a number of mountain passes, which wore out many a weary pilgrim, they would arrive at Waroda-ishi Rock. From here the midpoint of the trail, Koguchi, is just around the corner. 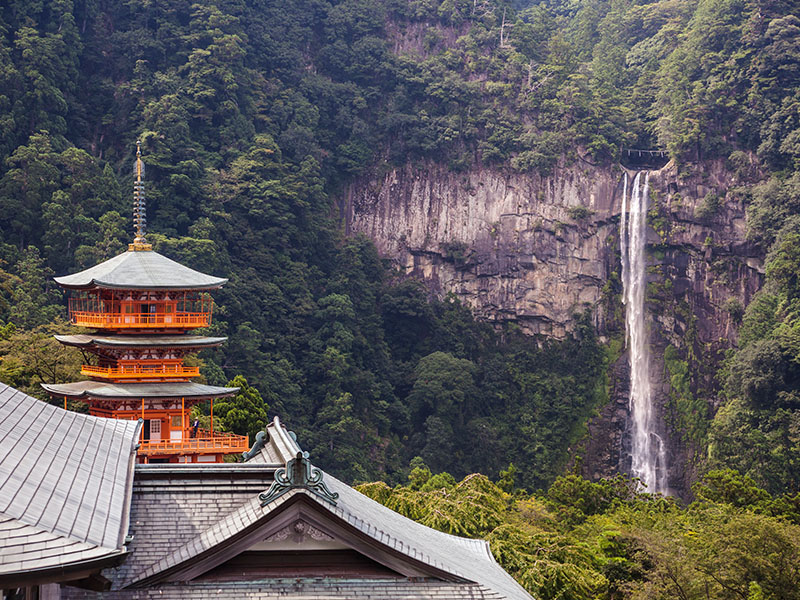 Visit Kumano Nachi Taisha Grand Shrine, one of the Kumano Sanzan, and Seiganto-ji Temple, the first temple of the spiritual Kansai 33 Kannon Pilgrimage, then climb the stone steps off to the side towards the Nachi Plateau. 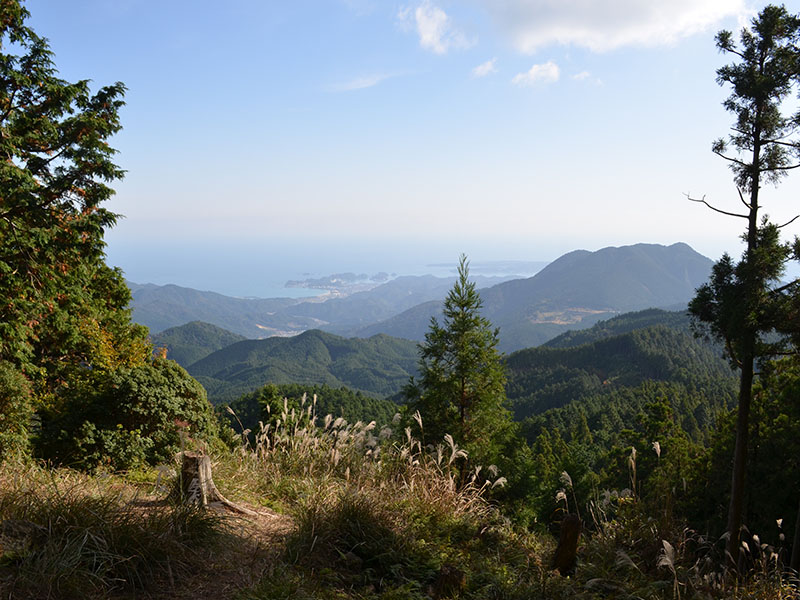 Take a breather at Funami-toge Pass

This is the first pass after going uphill for about 70 minutes past the Nachi Plateau. A spectacular view of Kumano-nada Sea can be seen over the mountains and you can see Nachi Bay. There is a small sheltered area here where you can sit out of the sun and relax a little. 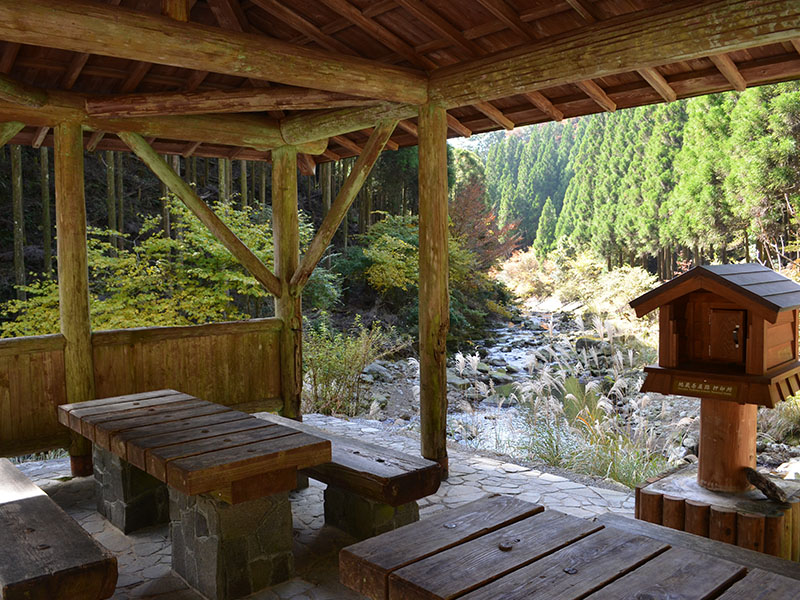 Have a well-earned break at the Jizo-jaya Teahouse Remains

A resting place you'll arrive at when you come off the forest trail to an asphalt road - head down another 1.3 km to reach this area. There is a large break room and bathroom available here, with a calming view of the river that passes through. 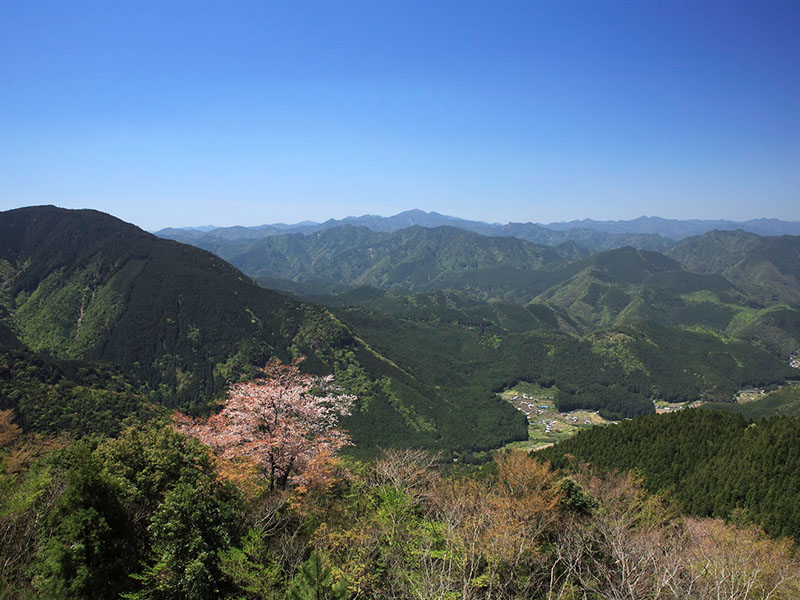 Get ready for the final hurdle at Echizen-toge Pass

This is the third pass which you'll reach after overcoming the Ishikura-toge Pass, going along well-walked trails like the pathway along the stream and an old stone pavement when ascending.

Take a break here and prepare for the 2.4km steep descent, known locally as the "Dokiri-zaka". Take care as it is easy to slip on the loose rocks here! 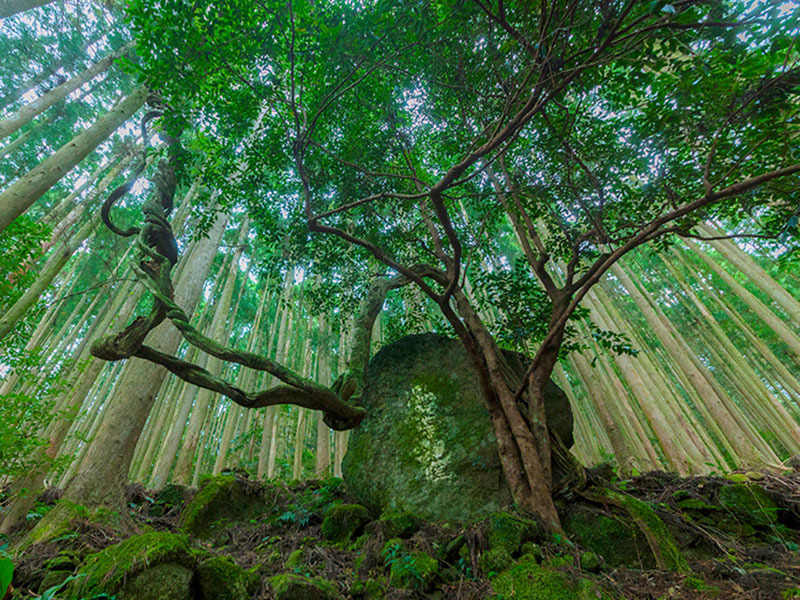 The majestic landscape of the Kusu-no-Kubo Lodging Remains

These are the ruins of a ryokan from long ago; once you have reached here, you have overcome the most difficult part of the walk, the Dokiri-zaka. From here, only gentle slopes await you on the rest of the way down to Koguchi. 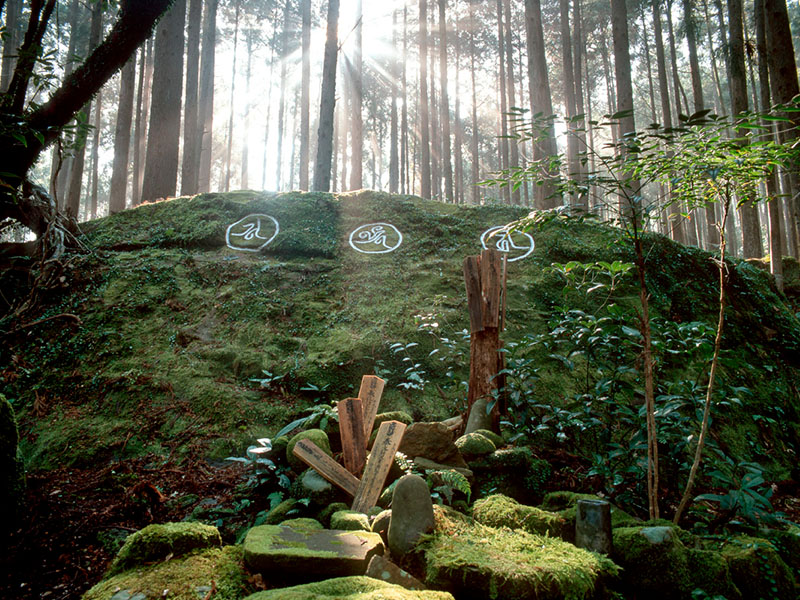 It's said that the gods of Kumano sat around and discussed many things at this great rock. There is Sanskrit carved into the rocks, and is a spot that symbolizes the sanctity of the Ogumotori-goe Section. If you look at the rock from the steps slightly above it, you can see three circular formations on top - these are said to be the cushions the gods sat upon long ago. 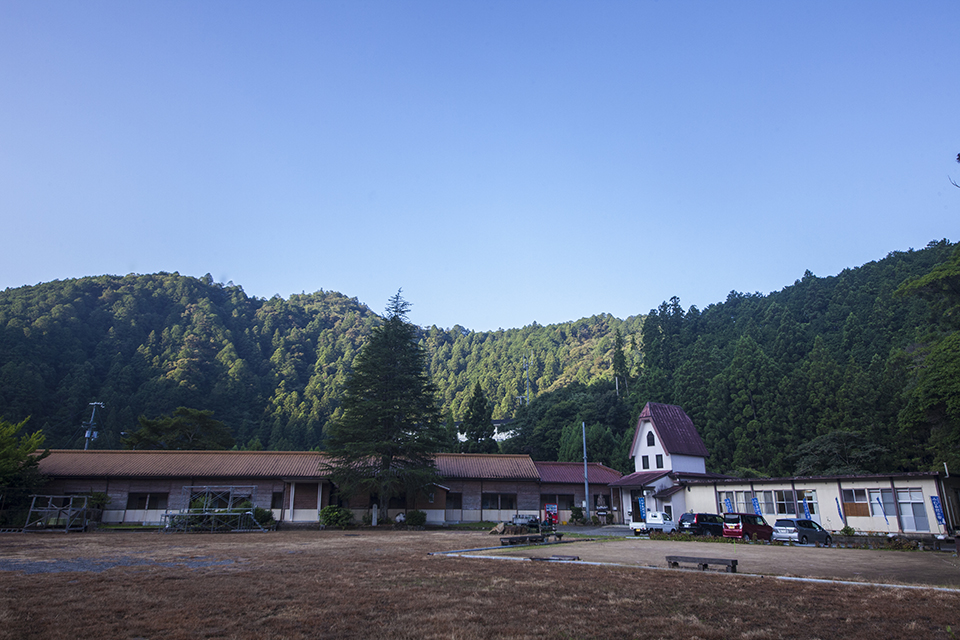 The settlement of Koguchi lies along the Akagi-gawa River, which runs straight through the mountains. A stay at the Koguchi Shizen-no-Ie Lodging can recharge your energy after such a tiring journey!